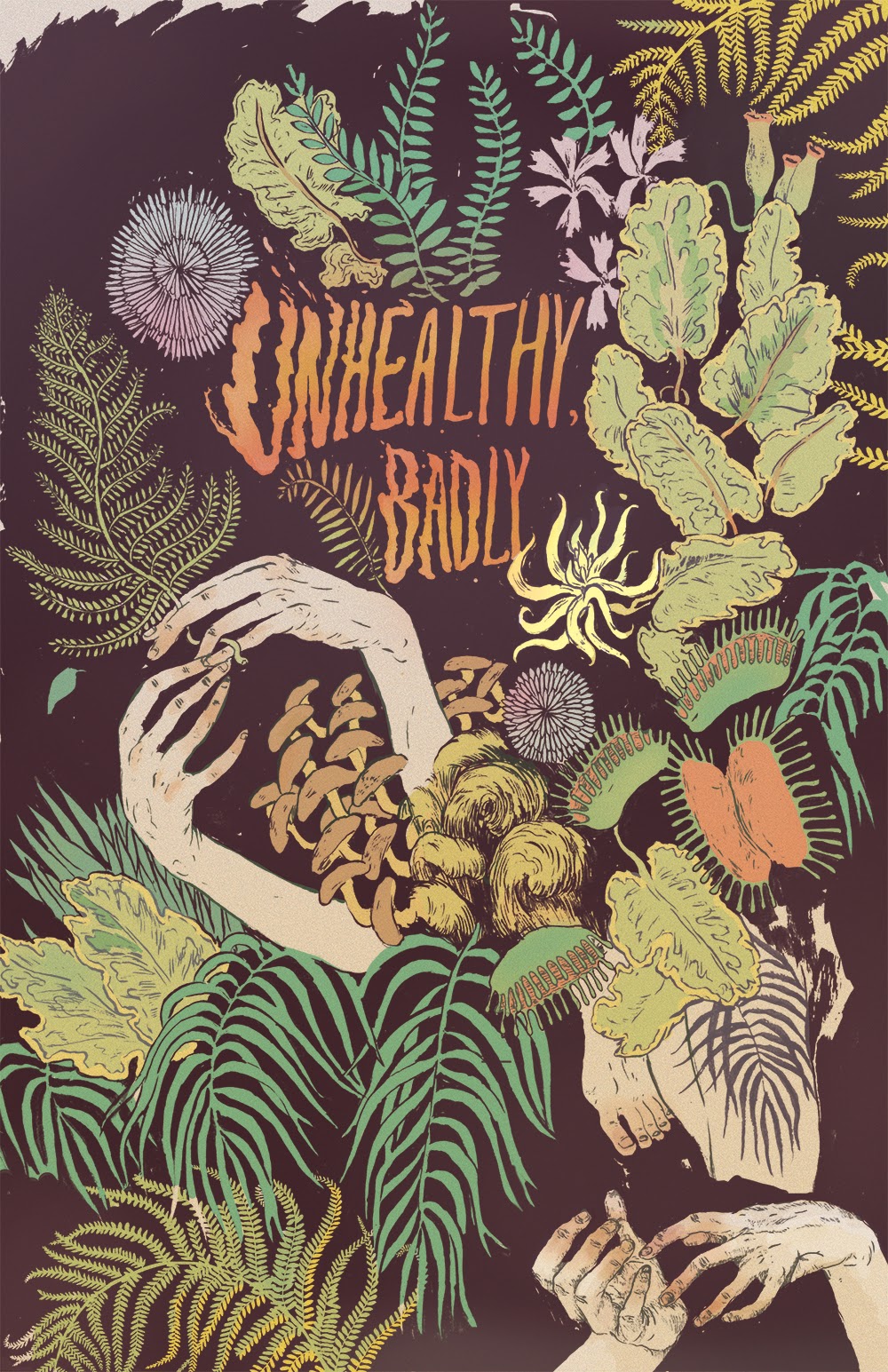 For those that still check this blog, I have a brand new website graciously made by my friend, Jennifer Yim. There is a blog section on the site which will be the best way to keep up to date with my work. Thanks!
1 comments 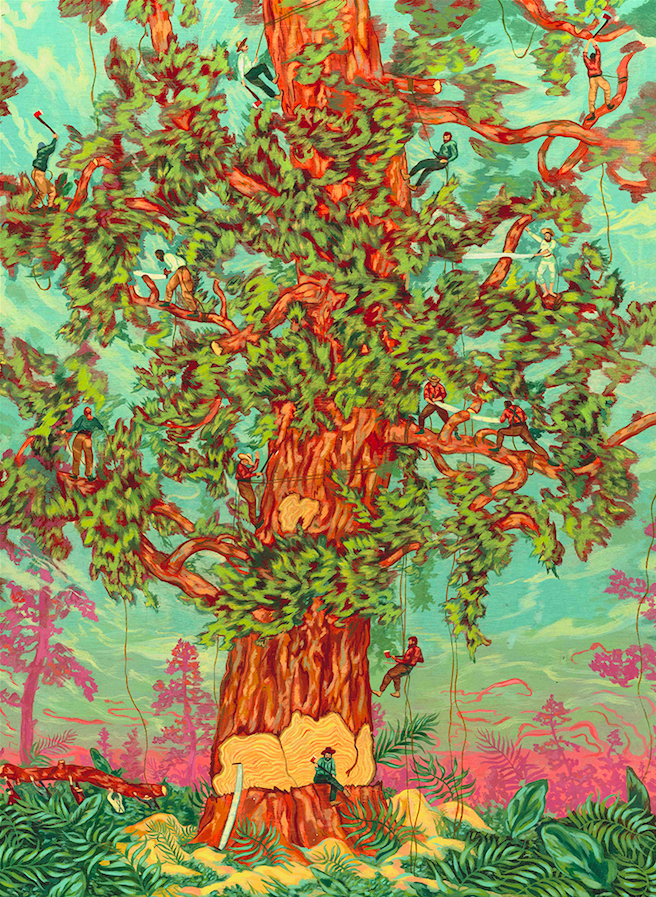 First painting on the New Year! This painting has a sibling that I am currently working on and I’m really psyched about them! I’ll get into the background of them once the second is completed. If you have any inquires about purchasing originals or prints of my work featured on here, do not hesitate to email me at, seanislewis at gmail dot com.
Thanks for your time guys!
1 comments 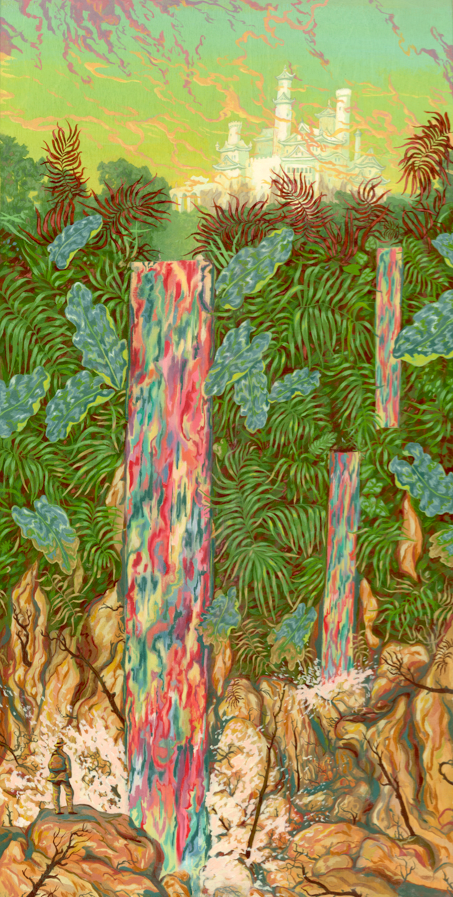 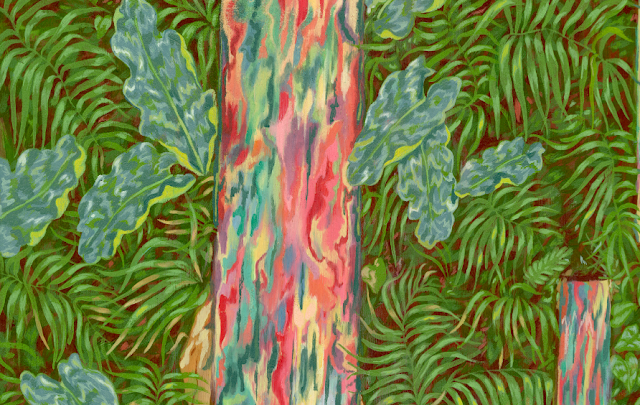 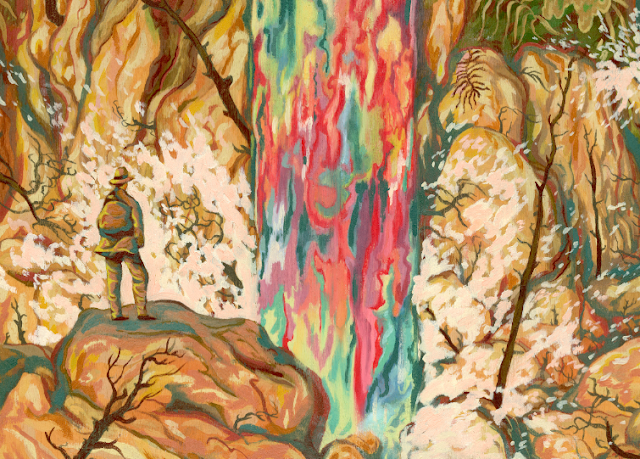 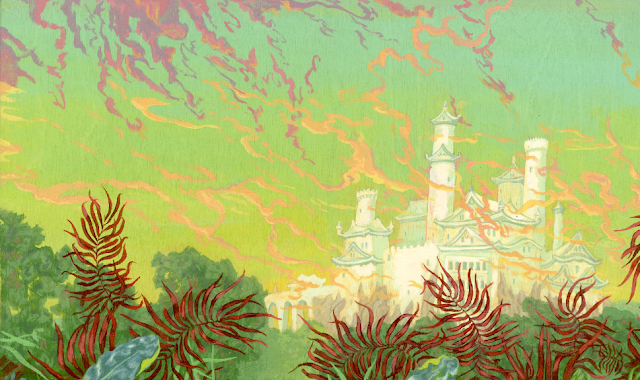 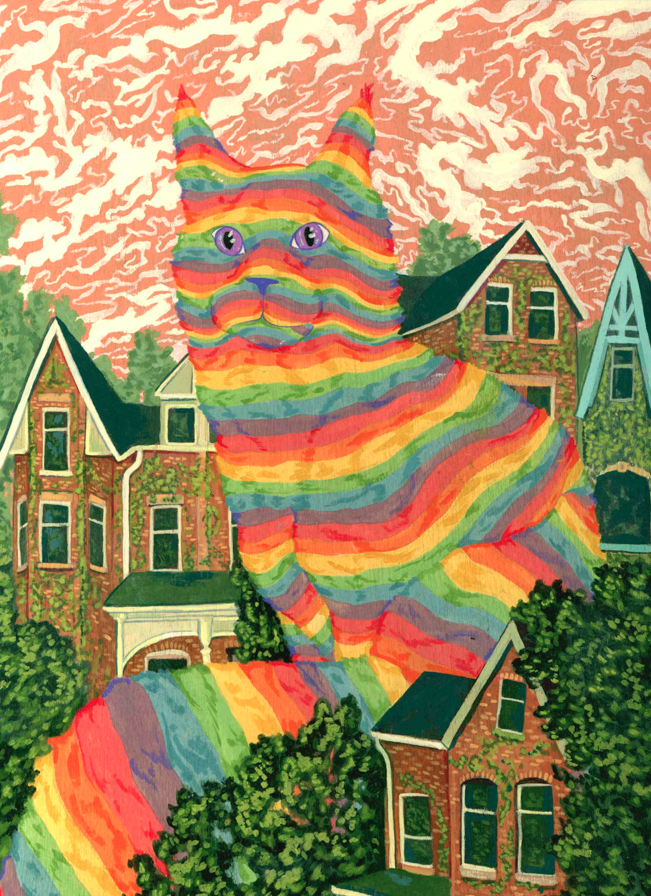 Happy pride week, Toronto! This one goes out to all the cute cats roaming around Cabbagetown.
1 comments

Hey everyone, the fantastic artist, Laura Hines recently asked me some questions for Juxtapoz. You can see it HERE, or read below. Thanks Laura!


A consummate visual storyteller and a thoughtful artist, Sean Lewis' poignant, earthy illustrations evoke a profound sense of empathy for the killers and outlaws they depict, uniquely subtle in their composition yet profoundly moving in their raw emotional power. In this exclusive interview for the Juxtapoz Illustration blog, Toronto-based illustrator Sean Lewis discusses his creative process, his affinity for cutthroats and racketeers, and his sincere concern for sustainable living. 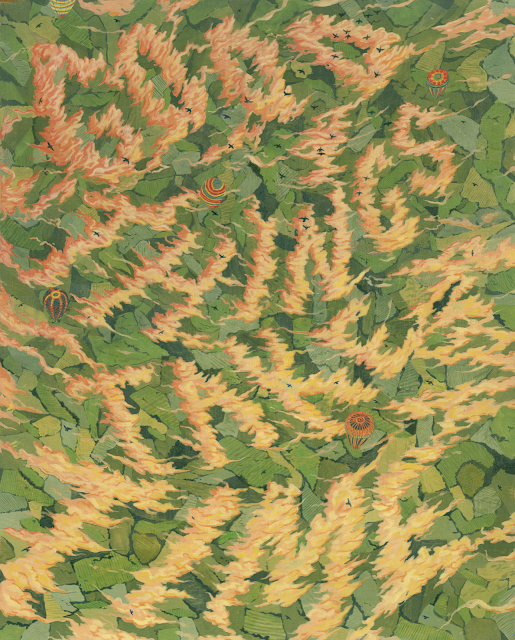 Good Things Take Time
18"x24"
This is my Creative Type 5 submission. I don't have the greatest photo shoot setup but wanted to share this. Hopefully I can get a high quality scan of it soon!
0 comments 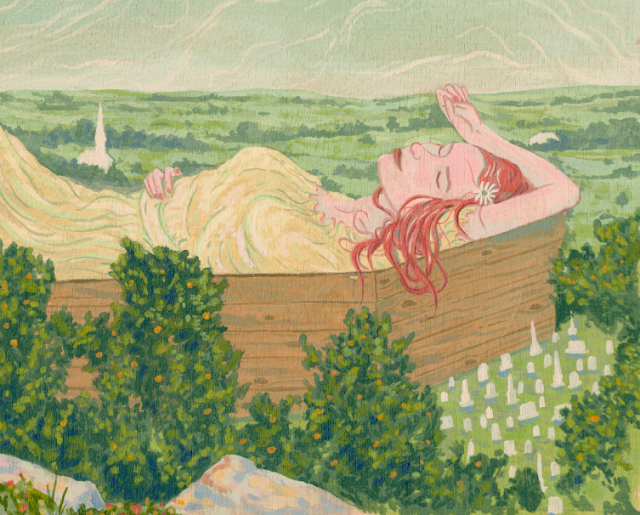 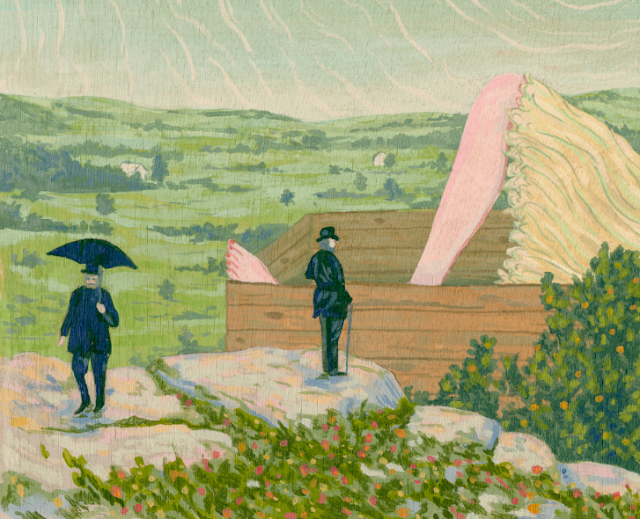 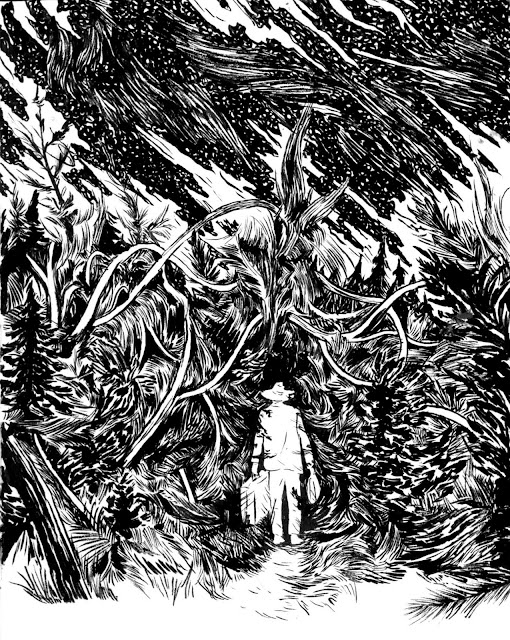 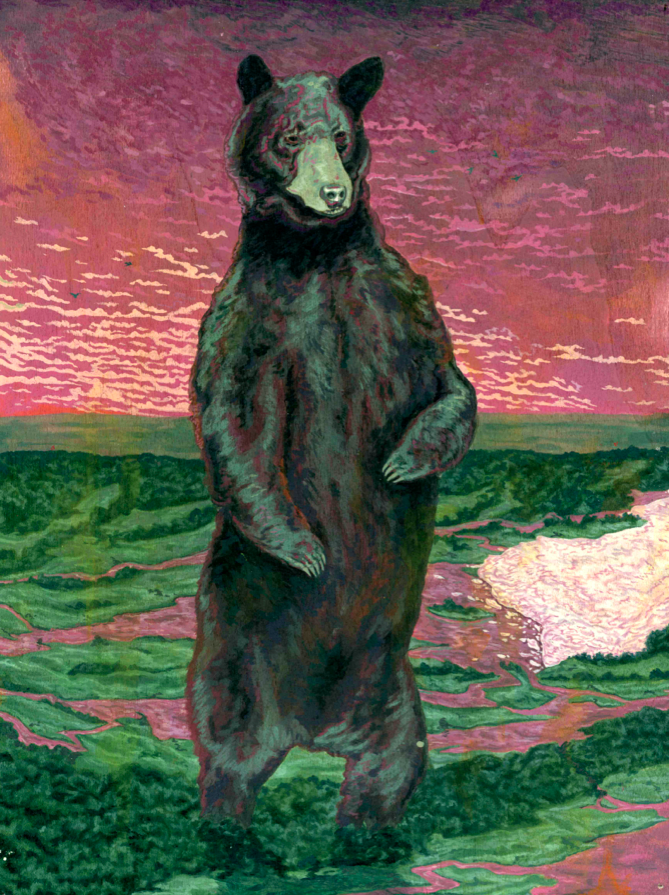 Playing around with purple - a colour I generally avoid. My friend told me that black bear in Mandarin is pronounced similarly to, "hey Sean", preetttyyy wiiiiillldddd!
1 comments

Of A Kind Show

For those in Toronto, I have some old and new paintings for sale and on the walls at Of A Kind Vintage and Vinyl store! There's going to be a party for it on the 28th of February and it would be rad to see you there! The work is already up and will continue to be so after the event as well if you can't make it that night.

If you continue after the jump you'll see the work that's up and their price so if you have an interest but are unable to attend you can make some inquiries. To those interested in purchasing prints, do not hesitate to send me an email at seanislewis at gmail.com about what specific piece you're interested in! A new website is almost complete and soon all this information will be readily accessible there. Thanks for the interest and patience! 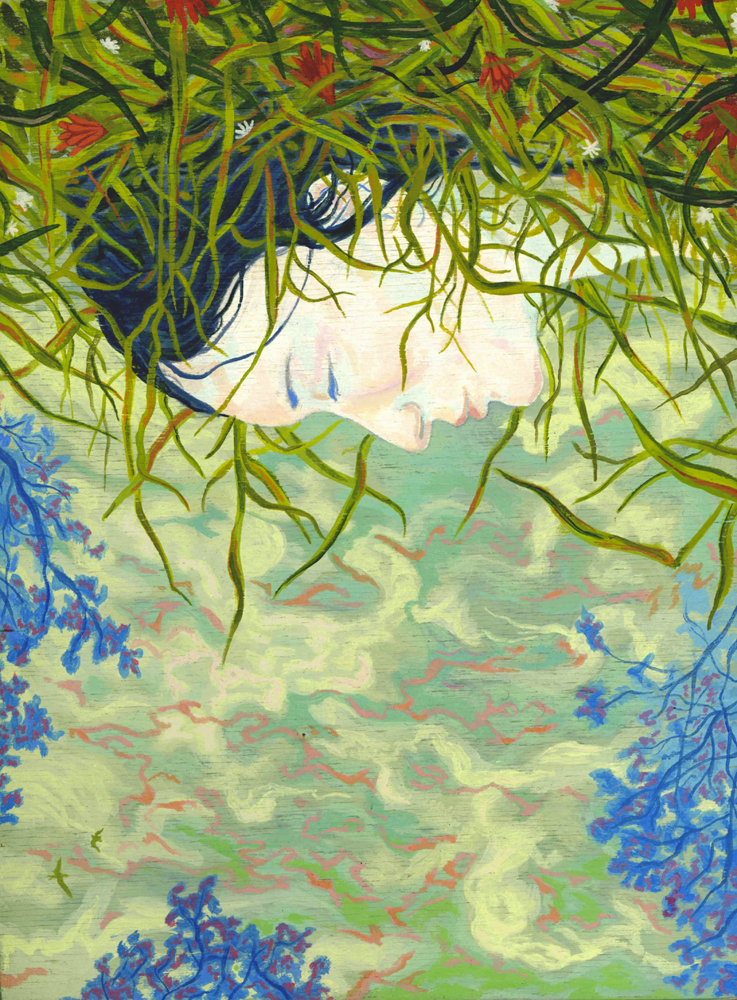 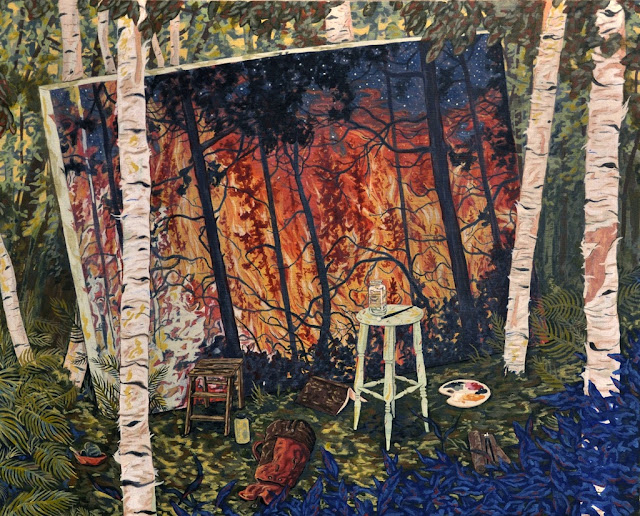 I've been working on this the past month and I think it's the largest personal piece I've done so far. The wood had a coating on it that made the paint react in a way I wasn't used to. It made blending a little smoother but it also gave the paint a more translucent quality that I found really frustrating.

This is a scene depicting my conflicted mentality with painting. In trying to encapsulate the beauty of the natural world I'm actively destroying it with all the toxic substances, chemical processing and shipping of art supplies painting requires. I feel really guilty about that.